2010 – The BisMan Bombshellz league was established in the summer of 2010 through the power of social media.

2010 – The first official season started in September, the Bombshellz played a total of nine games for a record of 5:4.

2011 – The BisMan Bomberz were founded in September and are dedicated to promoting men’s roller derby in the Bismarck/Mandan area.

2012 – In April the league split the women’s team into an A (Bombshellz) and B team (Bombzillaz) structure to accommodate the growing number of women skaters within the league.

2012 – On August 14, 2012, the IRS ruled that BisMan Bombshellz is a public charity, exempt from Federal income tax under section 501(c)3 of the Internal Revenue Code.

2017 – On July 24, 2017, the BisMan Bombshellz league was accepted as an “Apprentice” affiliate of the Women’s Flat Track Derby Association (WFTDA).

2018 – On June 5, 2018 the BisMan Bombshellz league was accepted as a full member of the Women’s Flat Track Derby Association (WFTDA).

We depend on dedicated volunteers, businesses, vendors and fans like you, to continue to grow and offer central North Dakota something truly unique. 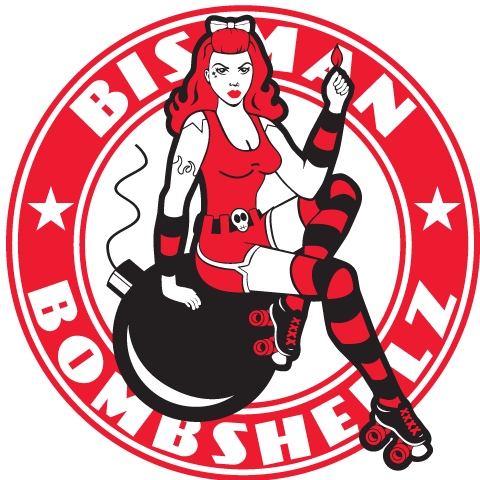